Meet our EDC-MixRisk scientists working behind the scenes and learn more about their work. This time in line is Olle Söder who is Professor of Pediatrics and Head of Department of Women’s and Children’s Health, and of the pediatric endocrinology reproductive research unit, located at the Astrid Lindgren Children’s Hospital, Karolinska Institutet & University Hospital, Stockholm, Sweden. This is a translational research unit with a clinical division taking care of children with disorders of sex development (DSD) and other endocrine disorders. One of Prof. Söder’s major research interests is the impact of EDCs on testicular function. 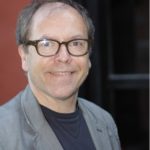 Hi Olle – What are you and your research group studying in the project?

Our group is working on the effects of EDCs on androgen production. Many recent epidemiological studies have shown an increased incidence of disorders of sexual development (DSD) in boys, such as cryptorchidism, micropenis and hypospadias. The background to this phenomenon is unexplained but one hypothesis is that exposure to environmental EDCs may contribute by interfering with critical effects of androgens during male fetal development. This hypothesis has previously been studied in animal models but investigations in humans are sparse albeit necessary due to species differences.  Specifically, EDCs may affect the cascade of developmental events occurring in sexual differentiation of male fetuses by suppressing androgen production by fetal Leydig cells (FLC) or by disturbing proper organogenesis of external male genitalia. Such adverse action may ultimately result in DSD in newborn males.

We have exploited our unique access to human fetal tissue by pursuing studies in vitro with cells isolated from male fetal gonads and external genitalia. The aim of our part in EDC-MixRisk is to study EDC mixtures concerning their potential role in disturbances of male sexual development and, more specifically, in androgen production by human FLC and proliferation and differentiation of human fetal penial cells (hFPC) in vitro.

In EDC-MixRisk, we have the three health domains (growth and metabolism, neurodevelopment and sexual development). Our group has carried out studies with Mixture S0 to study the health effects on sexual development. The mixture reflects a “typically-measured” chemical mixture of EDCs in the SELMA mothers, and it thus corresponds to a real-life exposure situation.
We have found that “Mixture 0” at concentrations 10 and 100 nM significantly upregulated the expression of the important steroidogenic enzyme 5-alpha reductase 2 (SRD5A2) in human fetal penial cells (see fig.1).  This suggests that phthalates in “Mixture 0” may affect the levels of the potent androgen DHT, which is critical for normal organogenesis of male external genitalia in humans. Studies on the other mixture, “Mixture 1” and its effects on human fetal penial cells and human fetal Leydig cells are currently ongoing.

Our results suggest that “Mixture 0” has the potential to disturb the early fetal organogenesis of male external genitalia. This supports epidemiological evidence that environmental exposure of pregnant women to certain EDCs (e.g., phthalates) increases the risk for male fetuses to develop disorders of sexual development with genital abnormalities, such as micropenis, hypospadias and cryptorchidism. The ongoing analysis of “Mixture 1” will reveal if there is further support of the hypothesis that the development of male external genitalia in early gestation is sensitive to adverse actions of EDCs. The implications of such findings are of great importance as the results are derived from a model with human fetal tissue which is the direct target of EDCs in human fetal development.