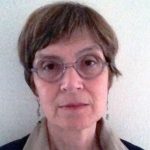 The research performed in EDC-MixRisk helps to expand our knowledge on mixtures of endocrine disrupting chemicals. Meet our EDC-MixRisk scientists and hear their story on what they are doing and why it is important. This time in line is Efthymia Kitraki (PhD), professor of Biology and Head of the Laboratory of Basic Biomedical Sciences, in the School of Health Sciences University of Athens, Greece. Her experimental approaches include in vivo manipulations and behavioural testing of small rodents, followed by in vitro analysis of the tissues using cellular and molecular techniques.

What is the focus of your research group in EDC-MixRisk?

Our research group is studying the effects of in utero exposure of mice to mixtures of EDCs. The exposed offspring of both sexes are tested at postnatal days 21(weaning) and 90 (adulthood).

We are mainly interested in the potential effects of Mixture N1 (neurodevelopment) on the neuroendocrine axis of stress response.

Additional goals are: investigation of the potential effects of Mixture G1 (growth and metabolism) on the development of brain areas implicated in cognition and of Mixture S (sexual development) on the gonadal function.

We had a first set of mixtures, mixtures G0 (growth and metabolism), N0 (neurodevelopment), and S0 (sexual development) as they, in the respective dilution, reflect a “typically-measured” mixture of EDCs in the SELMA mothers. Given the inability to use Mixtures N0 and G0 (due to different kinetics of persistent and non-persistent compounds in the same mixture) we are presently studying the effects of Mix S0. Anogenital distance (AGD) is used as a measurement of genital development. Preliminary results show alterations in AGD and AGD/bw (AGD index), especially in male offspring at concentrations 0.4mM and 4mM of Mix S0 (stock 1M), but not at 20mM. Experiments are ongoing by exposing animals at 0.02mM (corresponds to SELMA levels). Analyses of gonadal histology and expression of steroidogenesis- and differentiation-related genes are in process.

The detected alterations in AGD index are in line with those observed in the SELMA study for the boys exposed in utero to a mixture comprised mainly by the same ‘bad’ chemicals. Our preliminary data are also in compliance with the literature on the effects of individual components of our Mixture S0 in rodents. The observed alterations of AGD index, a biomarker of prenatal exposure to endocrine disruptors, if linked to molecular/hormonal indices of gonadal dysfunction in our study, could provide a pathway of adversity due to exposure to this mixture.

EDC-MixRisk is an EU project designed to ultimately lead to a safer environment for our children, an environment where the next generation can grow old without their quality of life being threatened by environmental chemicals or their mixtures.