The work performed in EDC-MixRisk is vital to expand our knowledge on mixtures of endocrine disrupting chemicals. Here you will meet the scientist behind the research and hear their story on what they are doing and why it is important. 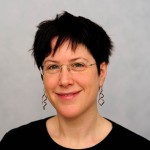 Hi Joëlle – What is the aim of your experiments?

The aim of our experiments is to investigate if Mixture G, a mixture of EDCs that is associated with low birth weight in the SELMA children, changes features in mesenchymal stem cells so that they are more prone to differentiate towards fat cells (adipogenesis) than towards bone cells.

In our initial experiments, we have investigated the effects of different doses of Mixture G on adipogenesis of these cells. We found that even low doses of the mixture (10 times higher than the mean concentration found in the SELMA mothers) increased adipogenesis within weeks of exposure. We are now in the process of confirming these results. Further, we are investigating which genes are affected by the mixture and could be responsible for this increase in adipogenesis.

What these findings could implicate?

Our findings indicate that an EDC-mixture that is associated with low birth weight (which is, in turn, indicative for metabolic problems) changes features of stem cells so that they can more easily become fat cells. This could implicate that the higher exposed children are more prone to develop obesity later on in life.

EDC-MixRisk is an EU project designed to ultimately lead to a safer environment for our children, an environment where the next generation can grow old without their quality of life being threatened by environmental chemicals or their mixtures.